One of my favorite things about being married...

...is that I get to know aspects of Eddie that no one else does and spend time with him in his comfort zone. I get to hang out with him when he's just himself. I love knowing how he likes his desk organized, what he likes to eat after work, the difference between his i'm-falling-asleep breathing and his yeah-i'm-out-cold breathing, knowing how he moves around when he's sleeping well enough to dodge getting rolled over or elbowed in the head (it's a work in progress). 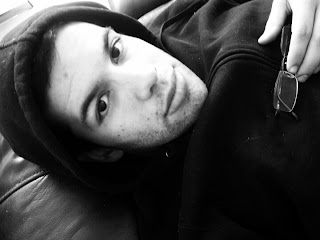 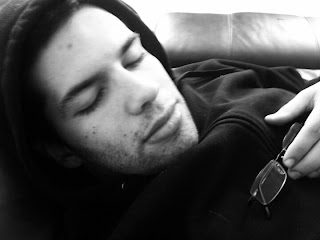 A few other things that I love:

Being able to hear his husky i-just-woke-up voice in the morning.
Hugging him when he leaves for work and when he gets home. (I miss him a lot in the time in between)
Hearing him on the phone with his best buddy, laughing and talking about boy things in their Miami accents.
Watching him go crazy while he watches basketball.
Listening to him talk about things that he's excited or passionate about.
Using him as a human heating blanket. That man is super toasty all the time.
Being near as he wrestles with God.
Being with him and hearing his heart when things in life aren't going as hoped and when things are great.
Seeing him really smile. Oh, that man's smile kills me.
Just hanging out after work/class, playing on our phones and unwinding.
Knowing how he smells after he takes a shower and how cool his hair looks when it's wet.
Laying in bed at night, talking and listening to the rain together.
Knowing just where to poke him when he's sore from working out. (hehe)
Being able to differentiate between the facial expressions and noises that he makes to show emotion.
Being able to tell how long it's been since he last shaved based on how scratchy his face is when he gives me kisses.
Knowing the perfect hiding place and timing needed to jump out and actually scare him. (my success rate is rising)
And the list goes on...

I love getting to know this awesome man better and better. Can't imagine how well we'll know each other in five, ten, fifty years. Ahh!!

Email ThisBlogThis!Share to TwitterShare to FacebookShare to Pinterest
Labels: My Love