Today I'm in the mood to go on a trip around the world. Here are some of the places I would visit, just to name a few: 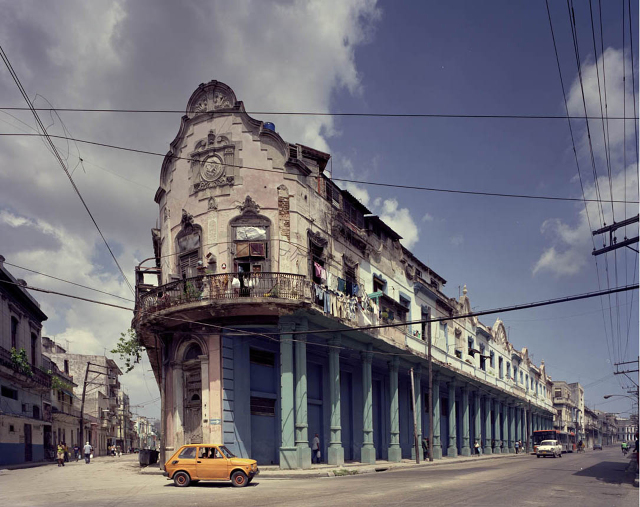 The entirety of South America.

Strait of Gibraltar, to see both Europe and Africa at once 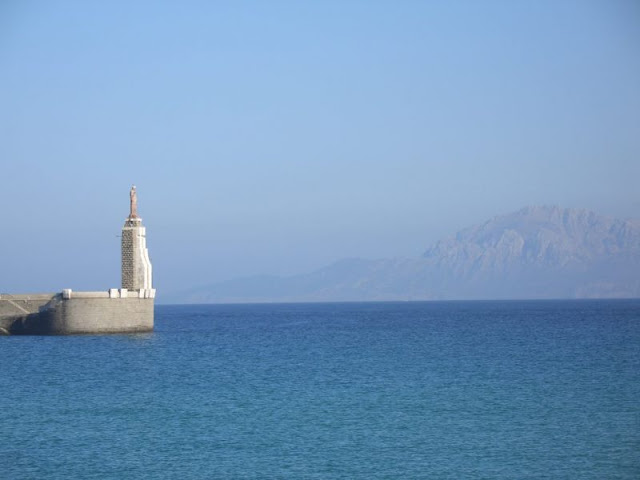 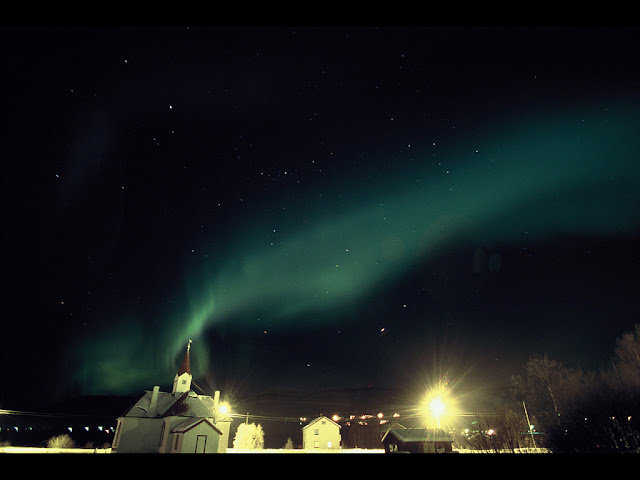 Tea gardens in China and India 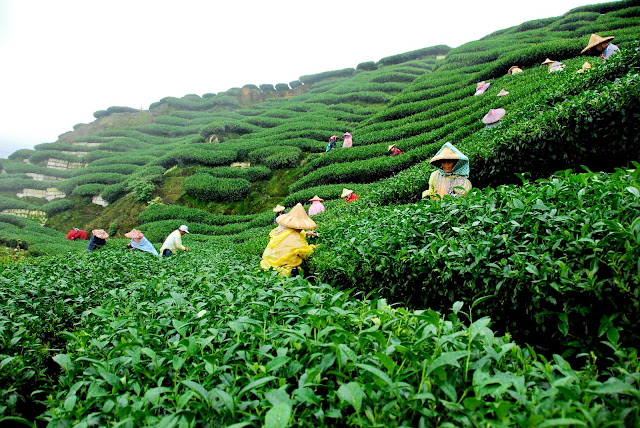 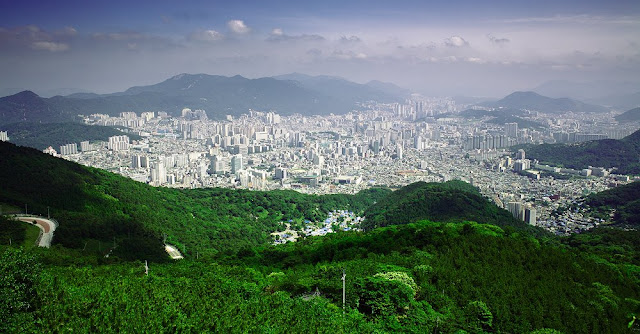 Cannon Beach, Oregon for a few familiar rainy days at the beach 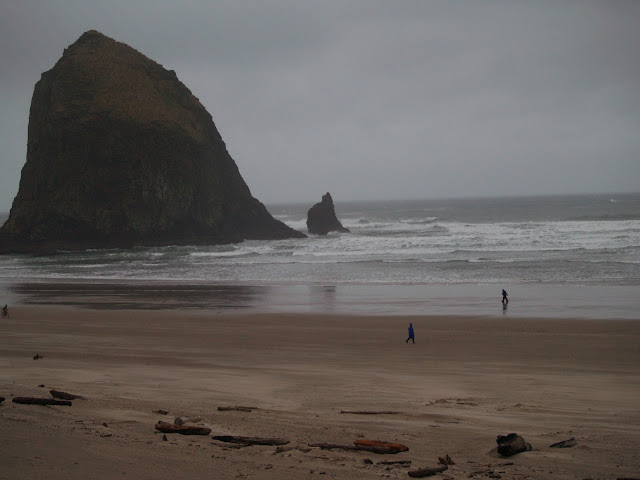 Email ThisBlogThis!Share to TwitterShare to FacebookShare to Pinterest
Labels: Travels

Yesterday I got to spend the afternoon with my sister-in-law at a tea shop in Roswell. She found a coupon online for half off of afternoon tea, complete with bottomless tea and a giant tray of goodies! It was pretty fantastic. My favorite part was that they let you switch tea flavors a few times so I got to try a couple of new ones, including my first Pu erh tea. Pu erh tea is aged tea that is supposed to get tastier and more valuable over time. Not gonna lie, it was not my favorite thing. I'm going to go ahead and say that it's an acquired taste. Maybe I'll work on that at some point. The second tea that I ordered, a Russian Caravan tea, was much more my taste.

It was such a fun day! I really enjoyed having some one-on-one time with my sister-in-law to talk about life and to hear what's going on with her. I'm so blessed to have her as part of my family! 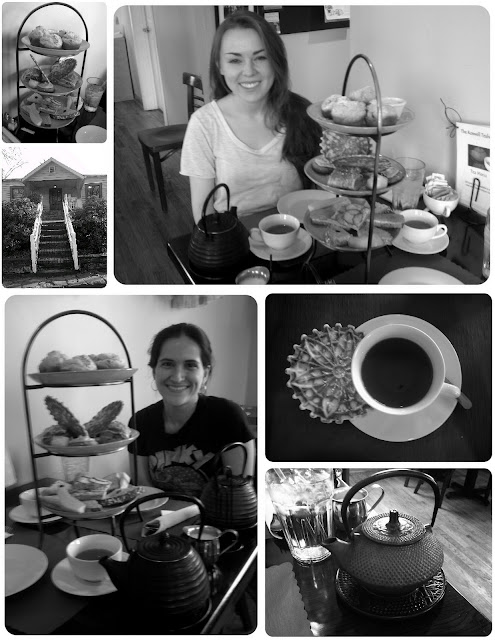 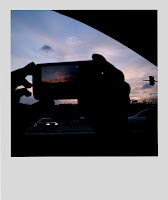 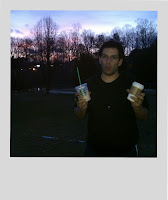 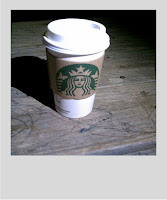 As of late, Thursdays have been dubbed date night. I'm a pretty big fan of intentional hang out time with the man I love. The weather today was perfect! It almost felt more like summer than spring, seeing as it was seventy degrees out this afternoon. Even after Eddie got off of work, it was still rather warm so we got ourselves some Starbucks and found a place to sit outside, enjoy the weather, and watch the sunset. Simple but excellent.

Thursdays just might be my new favorite day of the week.

Steph
xoxo
Posted by Unknown at 3:51 AM 0 comments

Email ThisBlogThis!Share to TwitterShare to FacebookShare to Pinterest
Labels: Date, My Love, Starbucks 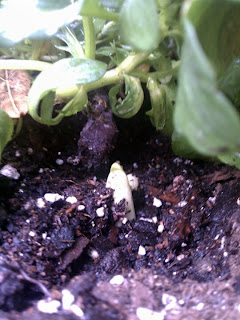 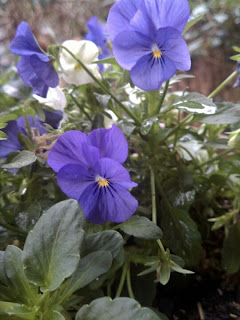 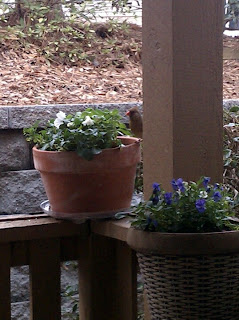 ...will be here so soon! My flowers are looking much more alive and happy. When I was watering them today I found the first daffodil finally starting to peek out! I did a nice little happy dance on the porch in my pajamas when I saw it. Daffodils are one of my fav flowers and I'm excited to watch as the pots sprout a bunch of them in the next few weeks!
Posted by Unknown at 12:54 AM 0 comments

This weekend was a three day weekend for both Eddie and I. We were originally planning on going out of town but plans got postponed, leaving us with a completely free weekend. Gotta love that. I woke up on Friday thinking that it was Saturday and didn't realize it for a few hours, which, I must say, is quite a lovely feeling. 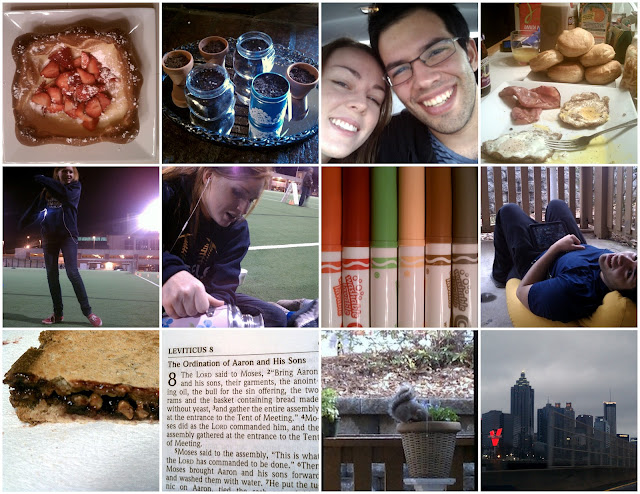 We did so much over the weekend but it was full of restful, quality time with each other and people that we love. I took care of my garden and planted some mini pots and jars of oregano, basil, forget-me-not's, and strawberry plants. Hopefully these one's stay alive longer than the last ones! We found a new recipe which was super easy to make and looked pretty impressive when it was finished. So yummy! One of my favorite parts of the weekend was waking up to Eddie making me breakfast. He melts my heart, that man.

One night, we went downtown with my sister and her friend to watch Eddie play ultimate frisbee. That man is a beast. I love watching him play :) While he played, the three of us had blankets and hot cocoa and Madeline showed off some sweet dance moves. Oh goodness, that girl cracks me up all the time!

I got a lot of reading and studying done this weekend, too. I'm going through a Bible study on Leviticus which has been so much fun. It's an in-depth study where you go through and highlight key words with different colors and symbols. Being a lover of all things colorful, it definitely appeals to me. What I love even more is that learning all about the sacrifices gives so much more insight into the sacrifice of Christ and what it was intended to cover. The intricate details that God has woven into the Bible are mind boggling!

This week is going to be a busy one...homework, readings, and tests. Bring it on, final semester. You're going down.
Posted by Unknown at 3:11 PM 0 comments

Email ThisBlogThis!Share to TwitterShare to FacebookShare to Pinterest
Labels: Jesus, My Love

I love this photo of Eddie and I, celebrating our first Valentine's Day together. It's probably one of my favorite pictures ever. We had been together less than two months at this point and came up with the idea of a picnic. 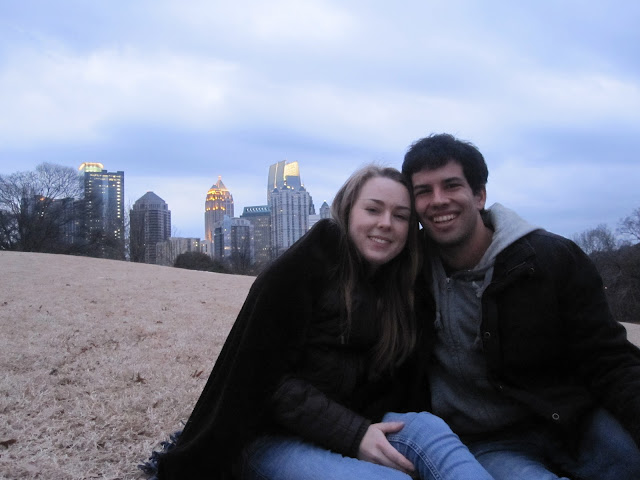 We were both supposed to bring something so I made some sort of really yummy sandwich. I can't remember quite what it was but I made sure it was something semi-impressive. In my mind, I was already set to marry this man...I had to prove that I could feed him and feed him well! Haha, oh goodness. I even did a test run of the sandwiches the day before and had my family try it to make sure that it didn't taste like dirt. Luckily, it did not. Eddie made this awesome potato soup and guava empanadas. Man, those things are so delicious. So unhealthy but so so delicious.
The picnic was a success! We went to Piedmont Park in downtown Atlanta and pretty much had the place to ourselves because it was rather chilly. We shivered as we ate and talked but it was so great. I was probably super awkward because that's just the way that I was around Eddie for probably the first three or four months that we were together. And he, as you can see, was his super stud-muffin self and melted me with his sweet smile and kick-butt photography skills. Sweet memories! 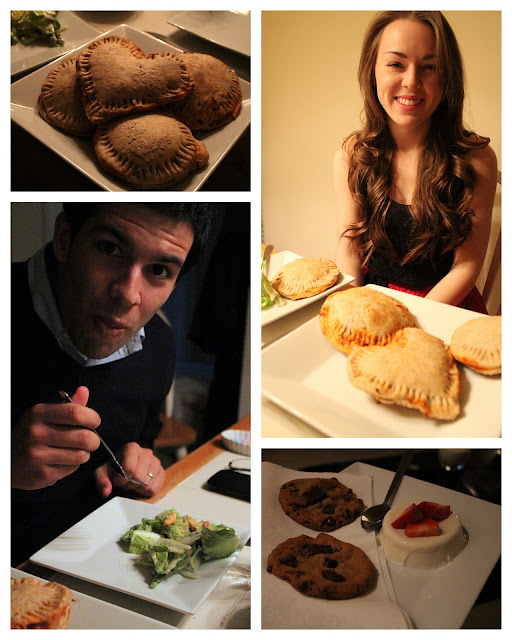 Now, two years later, we're married and have our own rockin' apartment to celebrate in! Love it. This year,  I cooked dinner and dessert. We had pepperoni calzones, made from scratch, and salad for dinner. I made panna cotta for dessert, something I'd never made or tasted before. About an hour before Eddie got home from work, I ran out to Kroger and got some premade choco chip cookie dough and made cookies too, just in case panna cotta turned out to be something neither of us ever wanted to eat. Happily, that was not the case and we had two desserts instead of one!