At the end of June, my husband, sister, and I jumped on an early morning flight to Miami. There was a surprise party planned for Eddie’s best friend, Aner, that Saturday and we were able to go. A few years ago, I planned a surprise party for Eddie and Aner came up for it so it was exciting to be able to do the same for him this time! We got to the airport before the sun came up and got to watch the sunrise from the terminal. Not a bad way to start the day, I’d say. 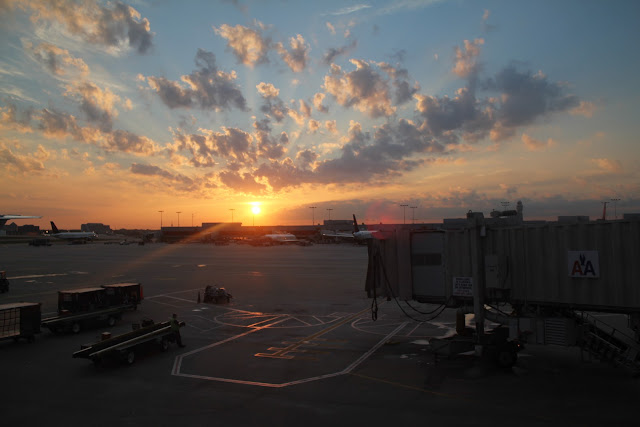 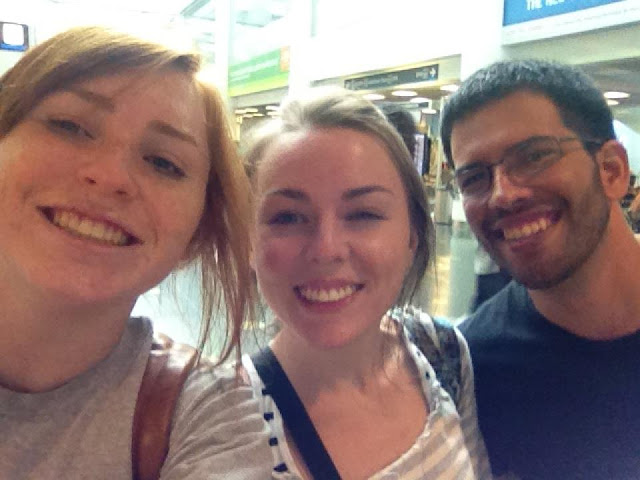 After a short flight, we landed in Miami. Eddie’s parents live in Miami so his dad picked us up and took us back to the house, where we visited with family and had a late breakfast. The surprise party wasn't until the next afternoon so we had the day to relax and hang out with each other. After filling up on guava pastries, cherries, and fruit smoothies, Maddie and I took a much needed nap. Later on, we watched Eddie’s dad, who is a meteorologist for a Spanish channel, do the weather since I was pretty much the only one who hadn't seen him on t.v. yet. 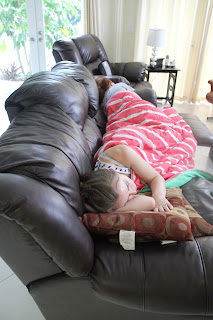 We met up with Eddie’s dad on his dinner break and went to El Palacio de los Jugos, our traditional stop when in Miami. It’s a Cuban restaurant/mini market that’s open 24-hours and sells really authentic, fresh food. It’s definitely not the fanciest of places, but it’s so good. Maddie had never been to Miami before so we got to introduce her to all sorts of new Cuban foods…congris, tostones, chicarrones, arroz amarillo, pescado...the works. 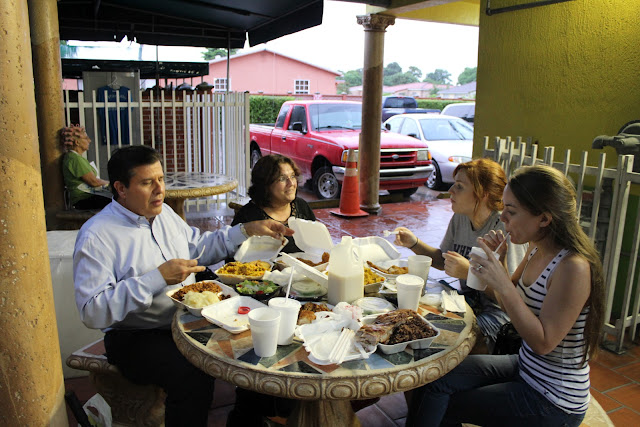 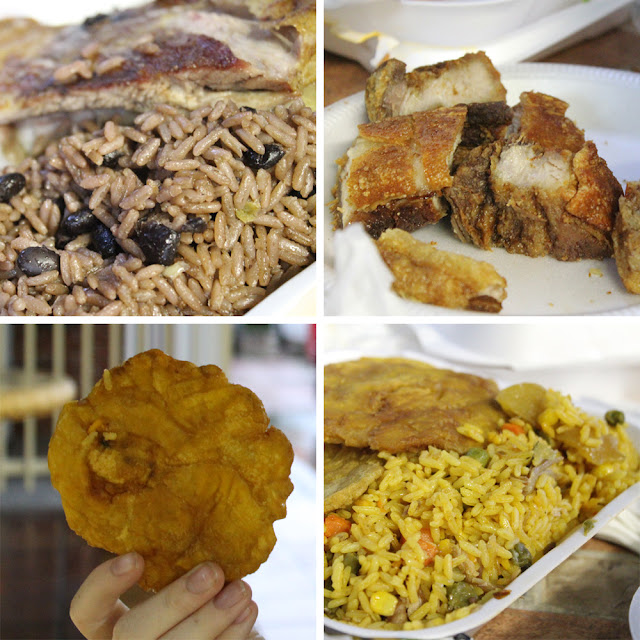 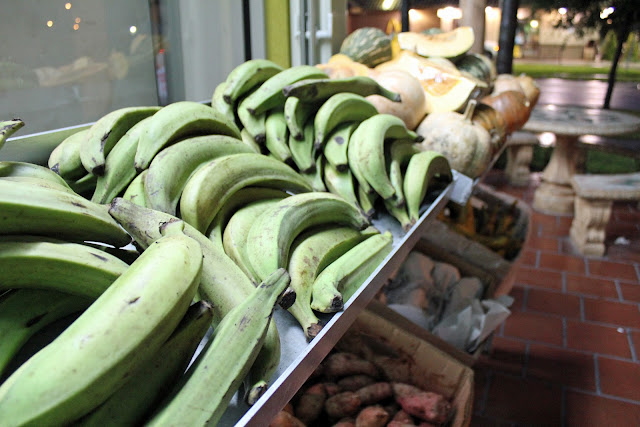 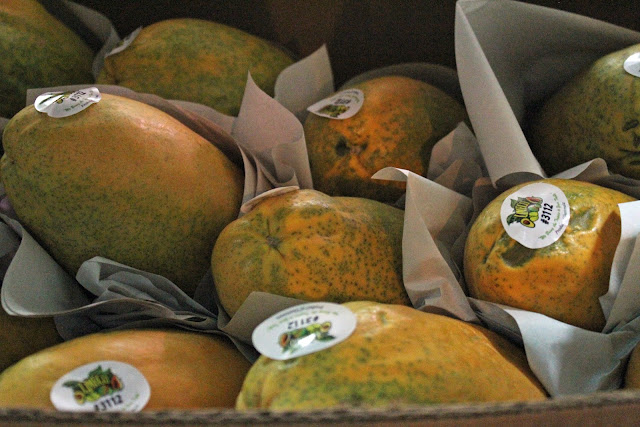 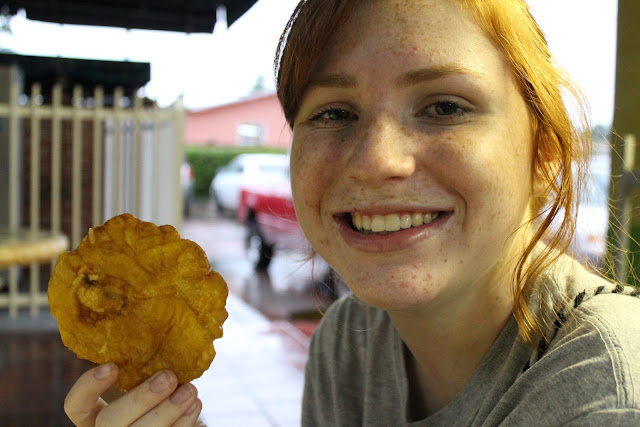 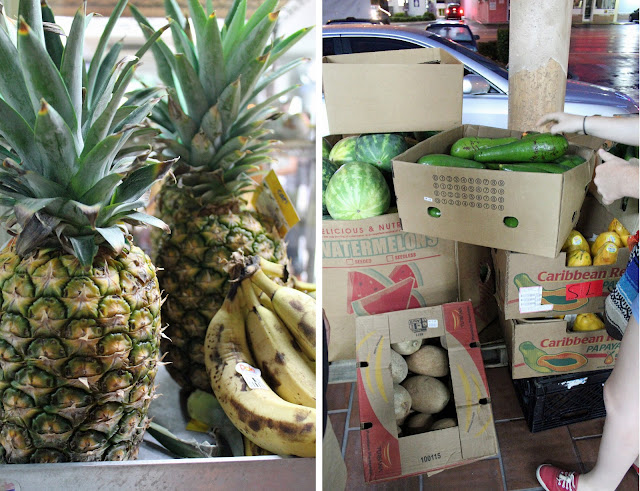 The best thing about El Palacio is, of course, the juices. They sell cartons of different flavors of juice, a lot of which we usually don’t see in the states. That night, we had my favorite, guanabana. It’s a fruit that rarely grows in the U.S. and is usually found in more tropical places. Eddie and I found some in Antigua while on our honeymoon and I’ve been in love ever since! They don’t sell it in Atlanta so it’s always a special treat to get it on our trips to Miami. Maddie and I also tried authentic Cuban Coffee, aka straight espresso with a hint of sugar, for the first time. We barely drank more than a sip, haha. It’s definitely an acquired taste. 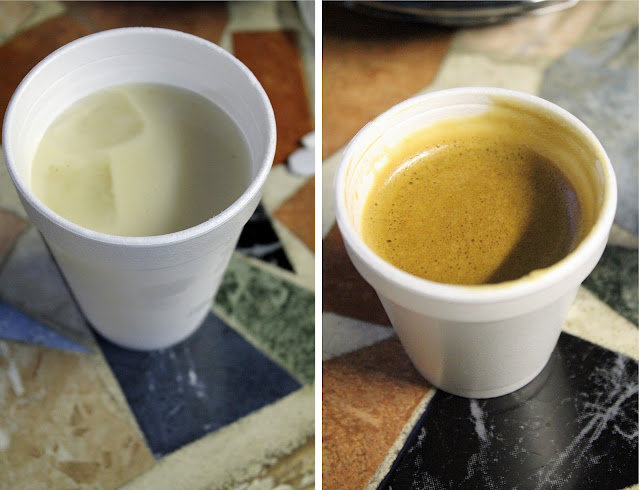 Later that night, the three of us headed out to Hollywood Beach. We went rather late so the whole beach was pretty much deserted, which was nice. We walked down the boardwalk, threw a frisbee around a little bit, and just enjoyed the beach. 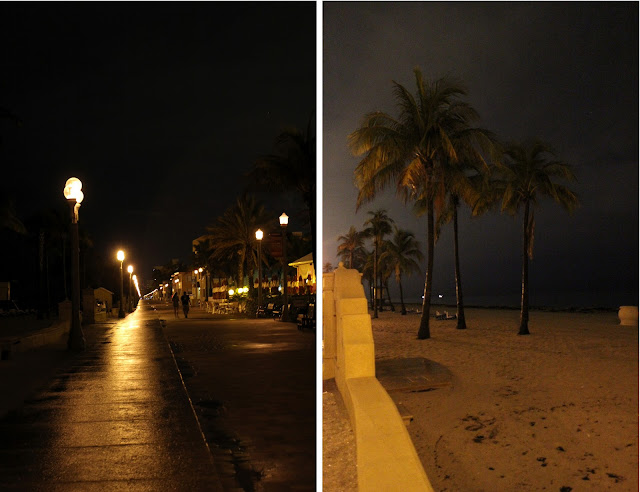 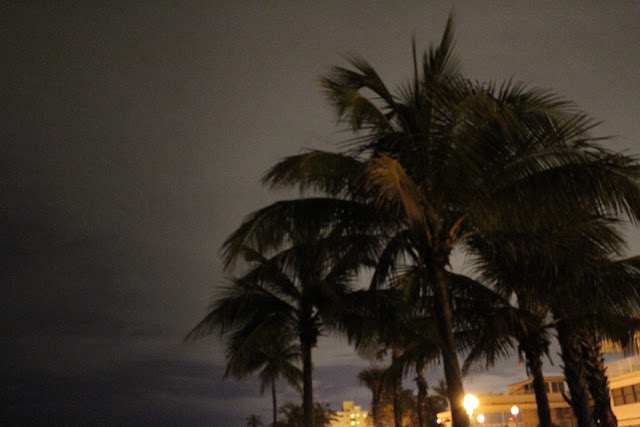 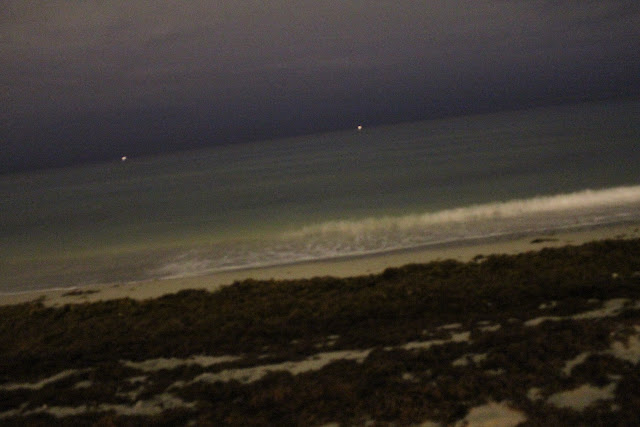 We got back home late, ready to fall asleep, and looking forward to the party the next day!