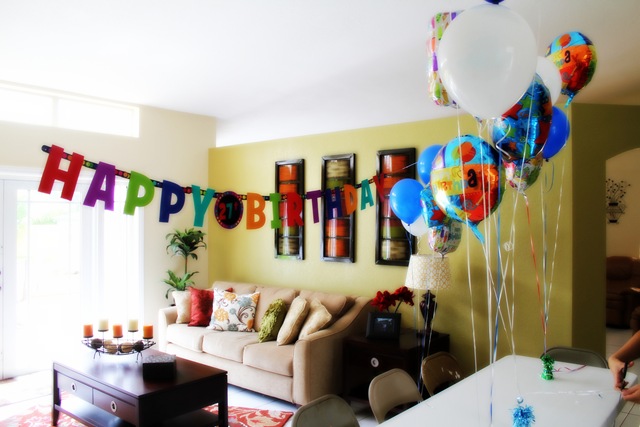 The day of the surprise party, Eddie, Maddie and I went over to Aner’s sister’s house to help set up and to make sure that we got there well before he did. We got to meet his family and twin nephews…so cute!
People started getting there soon after us and we all hung out and waited until Nora, Aner’s girlfriend, texted and said that she and Aner were on their way. Aner was under the impression that he was going to sushi with some friends…Ha! Once we saw them coming up to the house, everyone got really quiet and waited for the door to open. Awkwardly, the door jammed so we all just waited, giggling, as Aner and Nora tried to come in, haha! After a minute or so, someone opened the door for them. 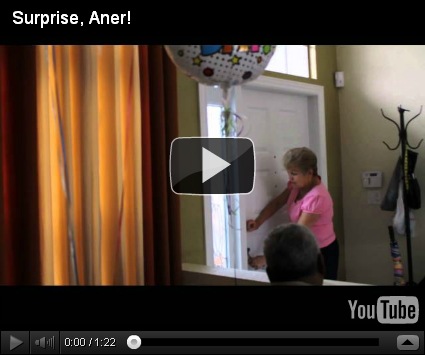 It was so funny! Once they finally walked in, Aner smiles and then does a double take after seeing me filming. Then Eddie threw him a Miami Heat jersey, just like Aner did to Eddie when at Eddie’s surprise party two years earlier. It worked out perfectly! Nora planned the party details so well. 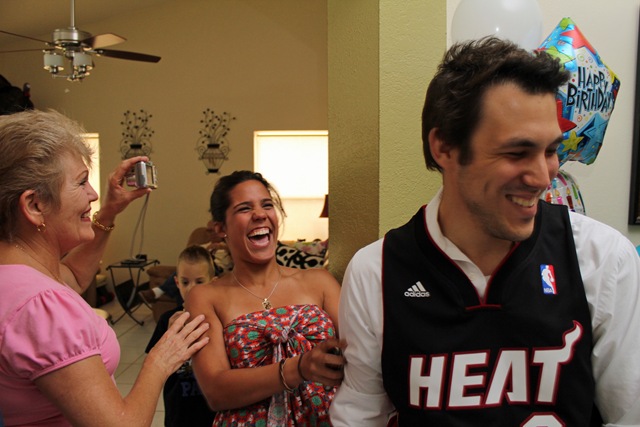 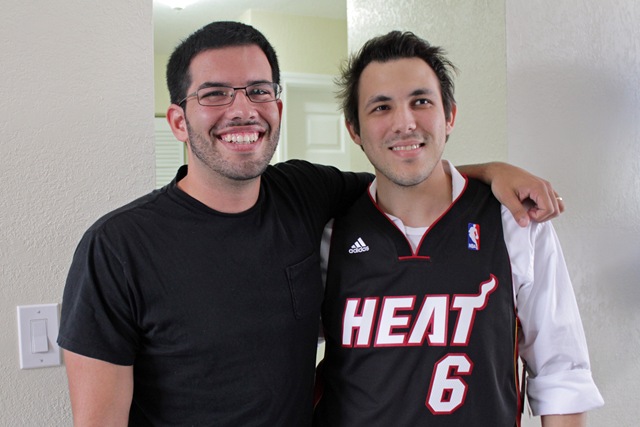 Then came the food! Aner’s family ordered Peruvian food from his favorite restaurant, which was really tasty…meat, rice, and fries, along with a bunch of different sides. 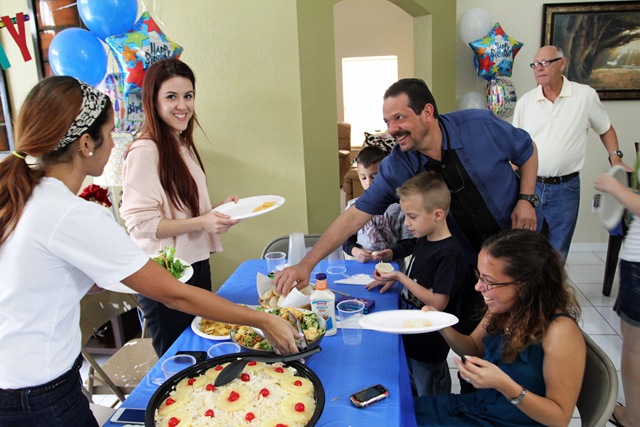 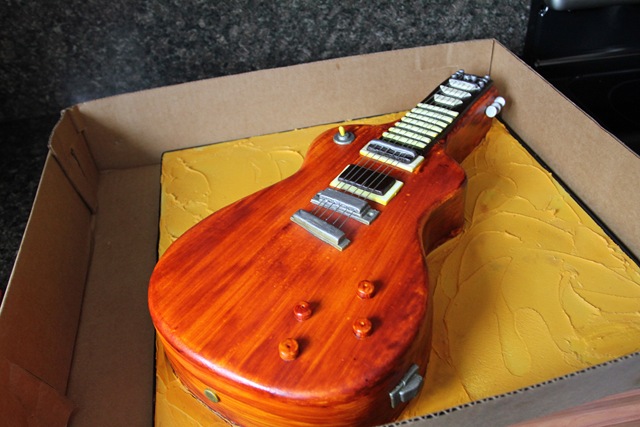 Aner plays guitar so some of his friends surprised him with a coconut and vanilla cake replica of his guitar! It was pretty amazing. Everything was edible except for the strings. 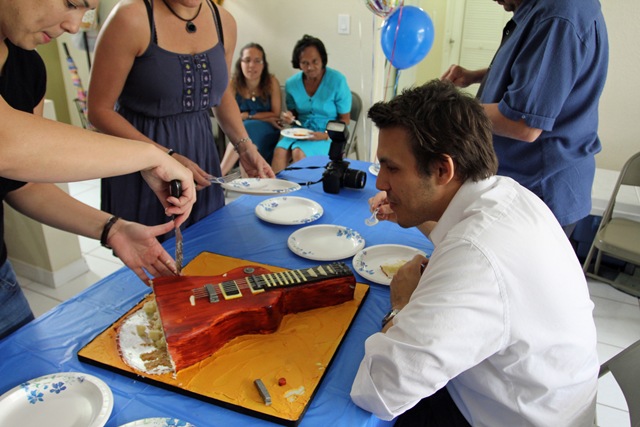 The rest of the party consisted of playing basketball at the neighborhood court and a pretty intense nerf gun war. Give two seven year olds a bunch of nerf weapons and everything gets crazy pretty quickly! It was a lot of fun goofing off with them and choosing sides. I also really liked meeting Nora for the first time. She’s super sweet and she and Aner are adorable together :) 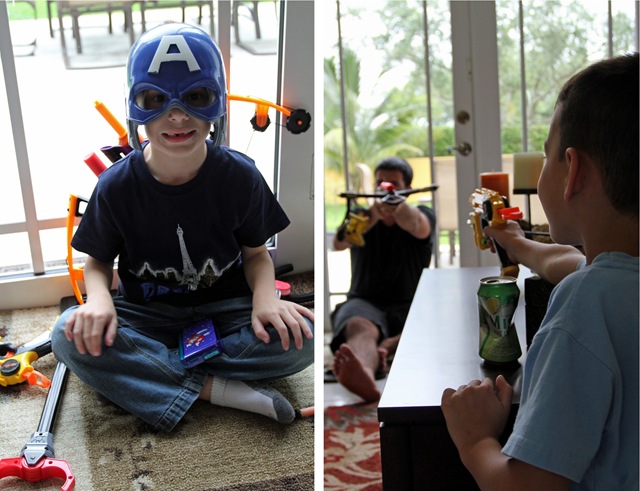 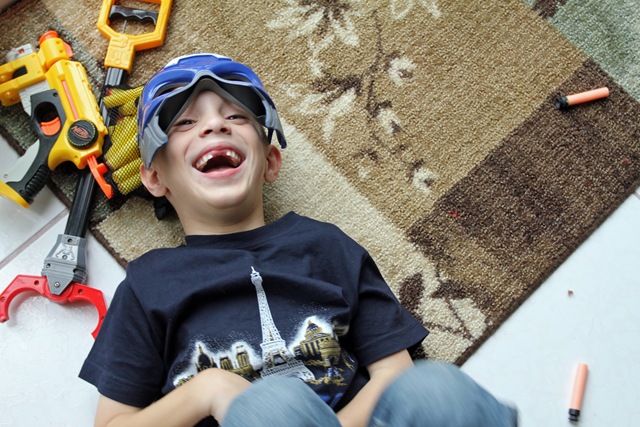 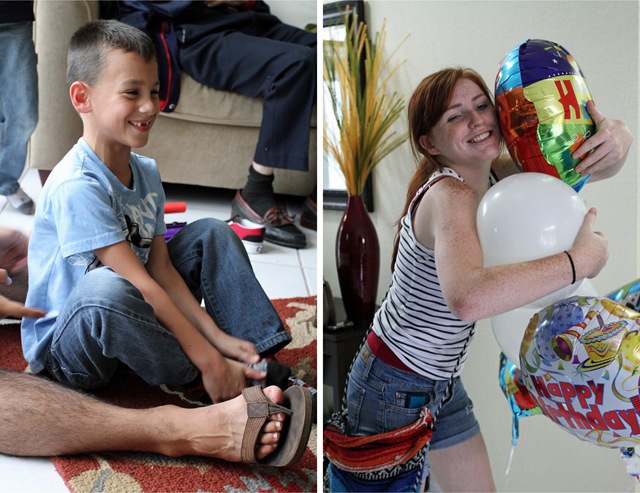 In the end, the party was a total success! It was definitely worth traveling down to be a part of it.
Steph xo
Posted by Unknown at 6:50 PM