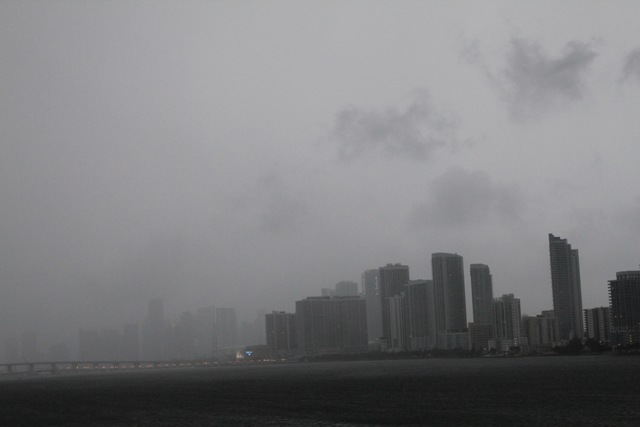 For the three days that we were in Miami, the weather was consistently dark and super stormy. The last day, though, it let up long enough for us to show Maddie around the city a little bit. We all went downtown Miami and Eddie’s dad gave us a mini driving tour of the area. Then we parked near the water and walked around Bayside. Bayside is an outdoor mall that has a bunch of restaurants, tour boats, and a concert area where there always seems to be someone performing. That day it was a band singing in Portuguese and it turned in to a South American line dancing party. It was pretty entertaining to watch! 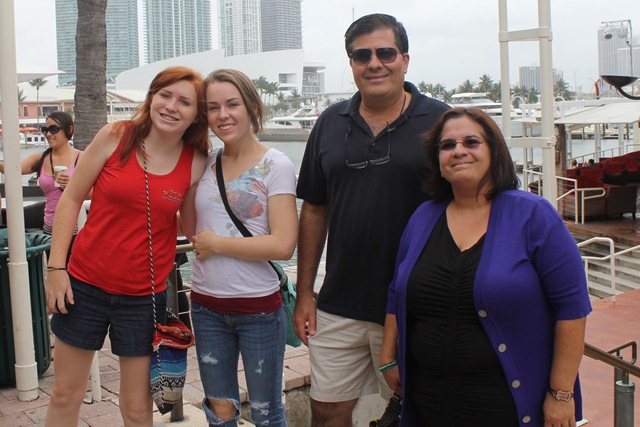 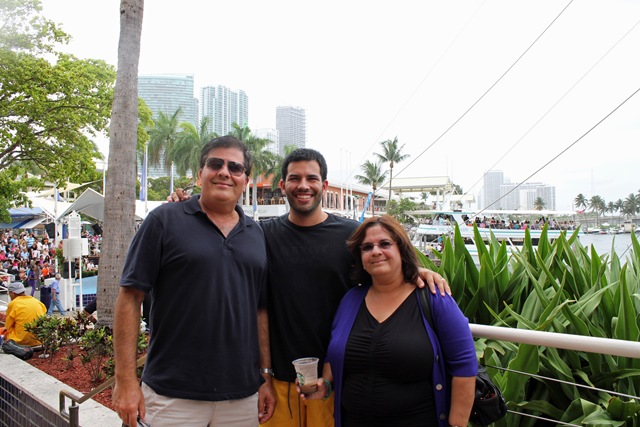 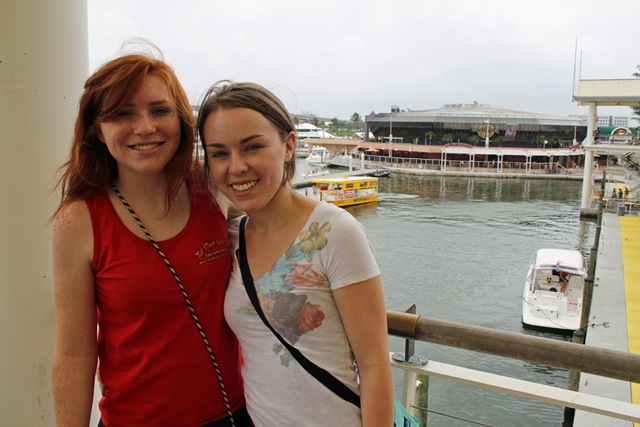 After walking around Bayside and getting our coffee/tea fix, we got back in the car and headed towards the ocean. We drove around some more on the way and saw more of the city. It was nice having the day be so overcast because it cooled down considerably once we got closer to the coast. 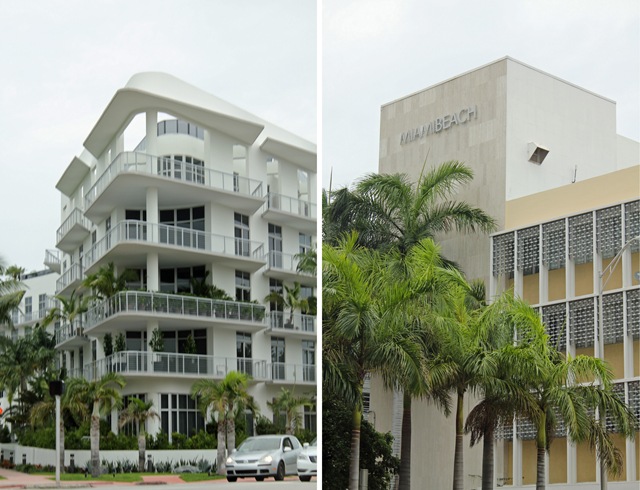 We eventually stopped off at Lincoln Road and walked around, looking at the shops and walking through a street market that was going on. 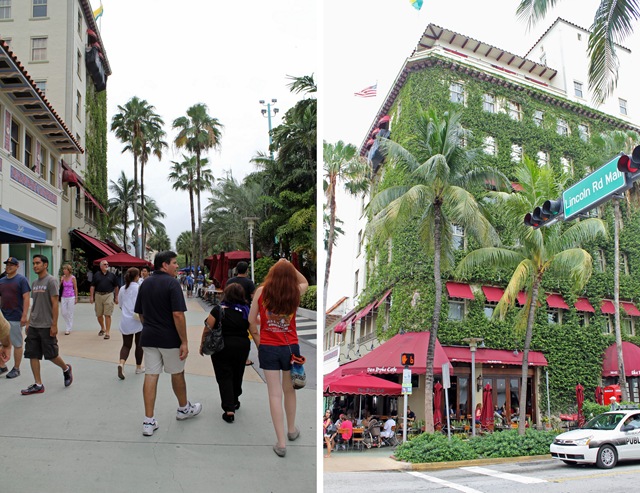 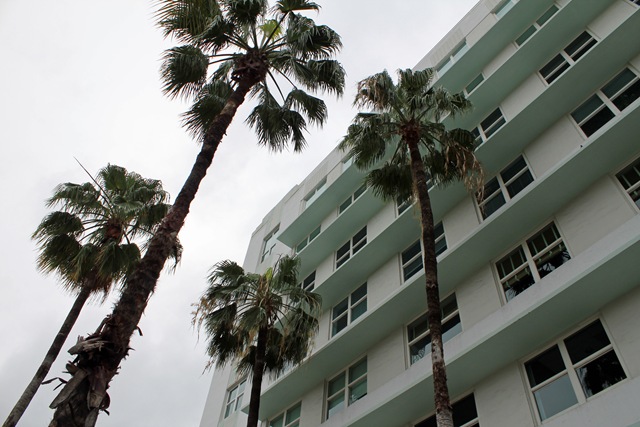 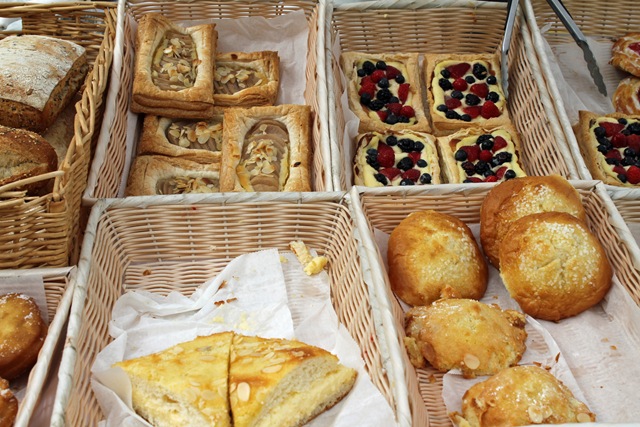 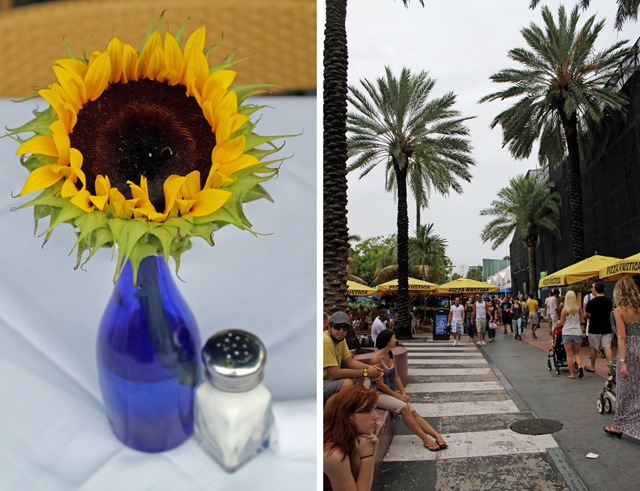 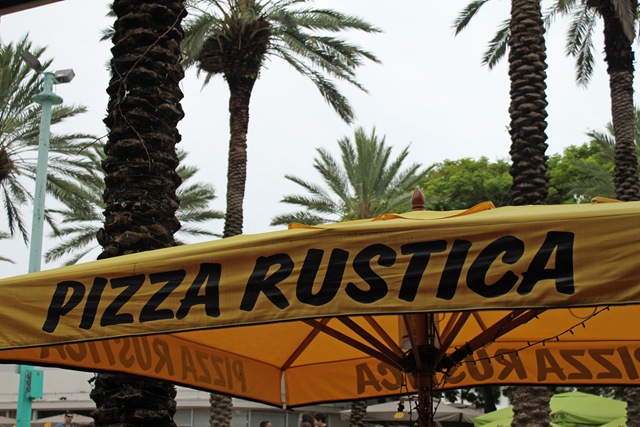 After working up an appetite looking at all the delicious looking food in the market, we stopped for pizza at Pizza Rustica. I love trying new places when we travel! We all split a giant ham and basil pizza, which was extremely tasty, albeit the ham was overly chewy. It definitely hit the spot and was a perfect way to finish our city exploration! 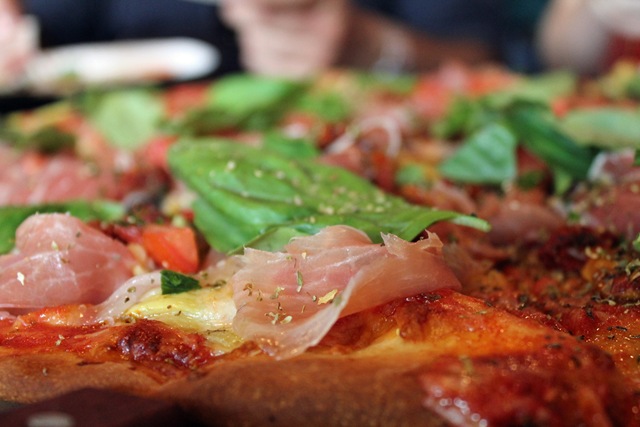 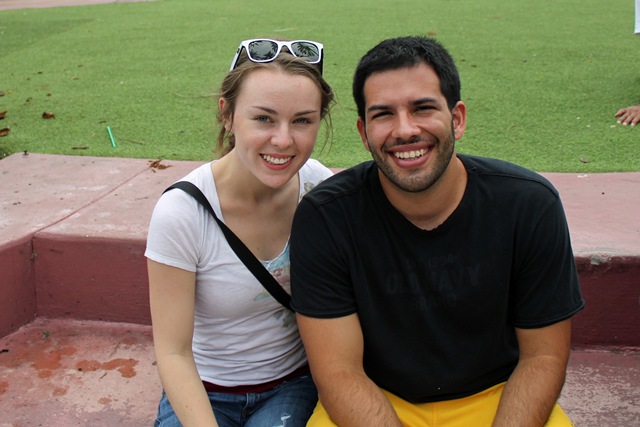 Once we finished eating, it was time to go back to the house and prepare to fly back home. A little more visiting with friends and new acquaintances and we were off to the airport!

I love that it’s only an hour and a half flight between Atlanta and Miami. It made it so easy to just go down for a weekend, relax and visit with family, show Maddie some of the city, and be a part of Aner’s birthday celebration!

It was definitely a very sweet weekend :)